In the early 1980's I was a town planner, project manager, working for Highland Regional Council in Inverness. My principal task at that time was the development of the Eastgate CDA (Comprehensive Development Area) in Inverness. Before construction of the main Eastgate shopping centre could begin we had to widen the top end of Academy Street, and in doing so, demolish the Old Methodist Chapel. The gable end of the Chapel contained a spectacular circular 'Rose' window - a prominent feature on Academy Street. The Council was keen to preserve this architectural feature and I was given the task of finding a specialist contractor with the skill to preserve the window intact. A contract was let, a large protective frame was constructed, within which the window could be secured, and it was successfully craned out of the building and safely deposited in a roads Department depot to await a future use.

A number of years passed and, despite attempts to find a new home for the window, including within the Eastgate Centre itself, within the new Council Chambers in Glenurquhart Road, and in the Falcon Square extension to Eastgate, most efforts came to nothing. The window, was left, apparently forgotten and neglected, in the roads depot for many years. I left the Council employ in 1990 for pastures new, and only returned to the Highlands in 2003 following retirement.

You can imagine my surprise, and delight, when, on a recent tour behind the scenes of Inverness Castle, our guide produced a photograph of the Methodist Chapel Rose Window I had rescued some 40 odd years ago, and confirmed that it would find a new home within the redeveloped Inverness Castle complex, lighting up the main staircase of the building. It was perhaps fortunate that a new home was not found for it in the intervening years because the Castle could not be a more fitting place for it to displayed to the public once again. 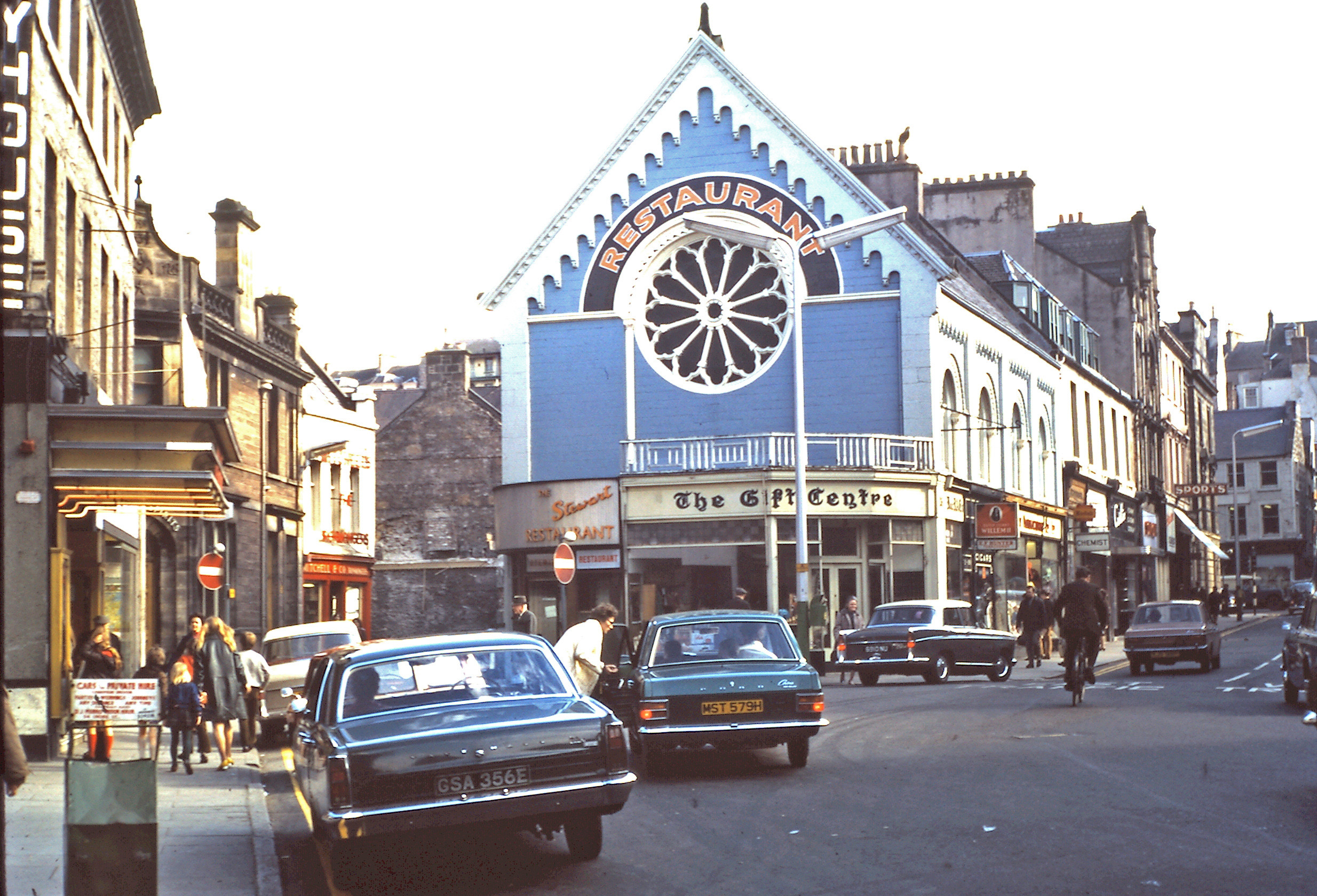 The Rose Window, in situ, on Academy Street as seen from Millburn Road, in the 1980s.