Local Heroes - Olympians from the Cairngorms

No less than fifteen Olympic athletes (and counting), who have been born or brought up here, have gone on to represent their country in Summer and Winter Olympic Games

Did you know that Badenoch & Strathspey, with a population of just over 13,000, boasts a higher percentage of home-grown Olympians per head of population than anywhere else in the UK? No less than fifteen Olympic athletes (and counting), who have been born or brought up here, have gone on to represent their country in Summer and Winter Olympic Games.

To honour this extraordinary accomplishment a bronze monument was unveiled in 2007 by former athlete and London 2012 Olympic organising committee chairman, Lord Coe. The tribute takes centre stage on the village green in Aviemore and is a ”must see" when you visit the village. You can’t miss the impressive memorial which sits on top of a granite block weighing nearly ten tonnes. Three bronze statues depict the Olympic ideals of 'Faster, Higher, Stronger’ and the Olympic flame takes pride of place on top of the memorial, with the five Olympic rings marked out by stones in front. The memorial was designed and produced by Aviemore-based artist Dudley Evans and the granite was sourced locally from nearby Alvie Quarry. 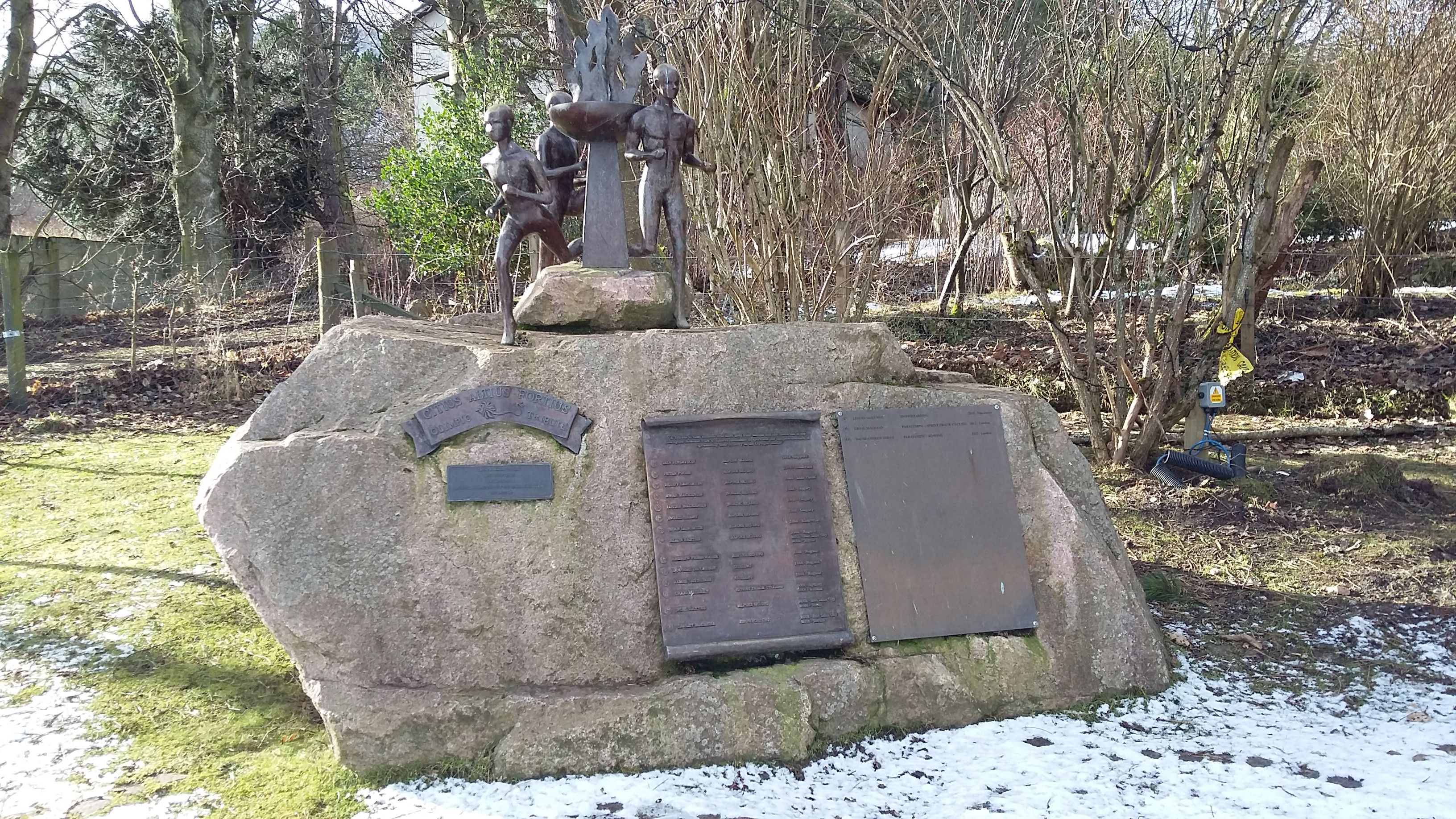 Bronze monument in the Village Green at Aviemore commemorating the achievements of Olympians from Badenoch and Strathspey.

While many of the names inscribed on the statue are recognised for their participation in winter sports i.e. skiing, Nordic skiing and snowboarding; others are celebrated for curling and cycling.

Since erecting the statue, the area has notched up even more Olympic success. At the London 2012 Paralympic Games, David Smith of Aviemore won gold in the mixed coxed fours and Craig MacLean of Grantown-on-Spey won gold as a guide in cycling.

In tribute to all those in the 2012 Olympics who won a gold medal, the Royal Mail painted post boxes gold in their home towns and cities. So, the main post boxes in Aviemore and Grantown-on-Spey now glow golden in recognition of the achievements of both athletes. The post boxes can be seen at Myrtlefield Shopping Centre, outside the Aviemore Post Office 'just a 5 minute walk from the Olympians’ statue on the village green' and in front of the Post Office on Grantown’s High Street. An Olympic display board can also be found at Aviemore Community Centre.

Sports, just as in cultural and natural heritage, play a vital role in bringing communities and the nation together. Sporting heroes have, and continue, to be a source of hope and pride for local communities. We would love to know, who are your favourite figures in the sporting world? How do they represent the Spirit of the Highlands and Islands for you? Tell us below, we can't wait to hear from you!