Nairn Museum and its Story

This week we are delighted to commence a series of spotlights which will focus on the stories of iconic museums and heritage projects in the Highlands and Islands. In this blog Melissa Davies, manager of Nairn Museum, introduces us to Nairn Museum and its remarkable story...

Situated in the historic Viewfield House, just a short walk from the High Street and a few minutes from the beach, Nairn Museum is a community museum with a little something for everyone. It is a fully accessible, family friendly museum with a wide range of exhibits telling the story of Nairn and its past. There are five rooms of permanent displays with all manner of artefacts and exotica, from ancient axe-heads to a Victorian dolls’ house, a medal won at Waterloo, and a fascinating collection of fossils of national significance.

The History and Development of Nairn Museum:

Nairn Museum is situated within Viewfield House, a classical building from the Regency period. It was built by Colonel Ludovic Grant in 1803 on extensive grounds which at one time extended down to the sea.

For many years, Viewfield was the home of the Grant family. They were among the leading members of 'Nairnshire Notables' who helped shape the history of the Burgh and County during the Victorian and Edwardian eras.

The story of the Grants is in the museum Burgh Room. During World War II, Viewfield House was requisitioned and occupied by Polish military personnel. In 1948 the house was acquired by the Council and was used by the Bowling Club, the Library, the Nairn Pipe Band and the Museum of the Nairn Literary Institute. Since 2003 it has been home to Nairn Museum.

In front of the house stands the statue of Dr John Grigor (1814-1886), a medical practitioner and former provost of Nairn, who did much to establish Nairn’s reputation as a health resort and who bequeathed much of his wealth to the people of Nairn. Dr Grigor saw the potential of the town’s dry, mild climate, its sea air and fine beach. He also supplied the drive behind many local cultural and antiquarian activities. 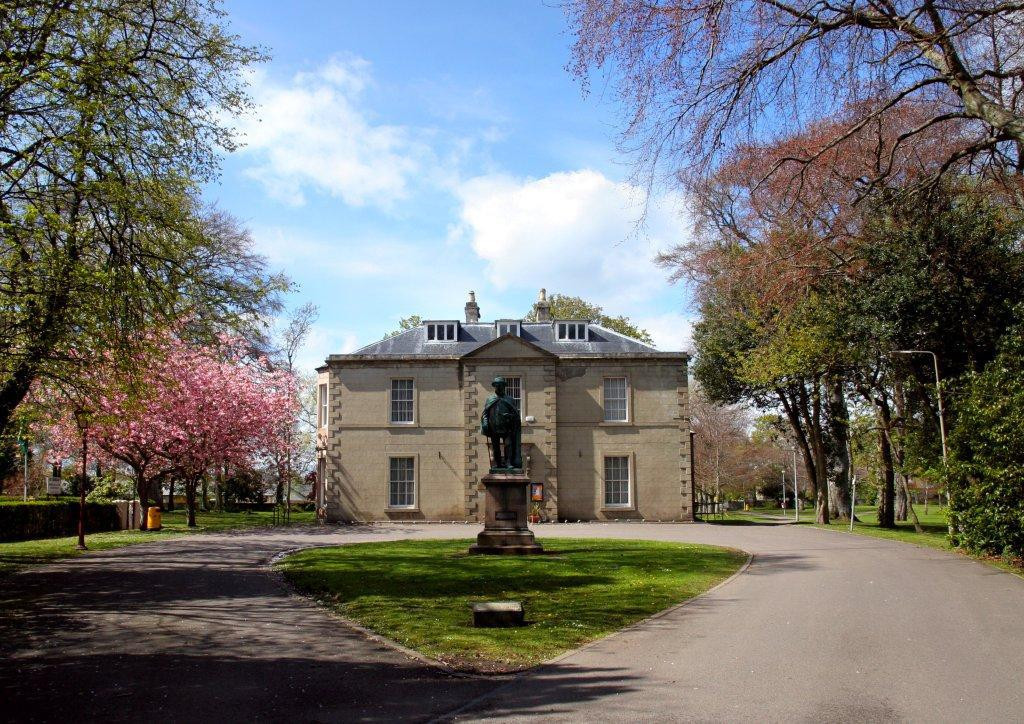 Front façade of Viewfield House, the home of Nairn Museum

The Museum collection began in 1858 when Dr Grigor wrote to local people asking them for artefacts. The first donation, a rattlesnake, came from Miss Grant of Larkhall. Many people with Nairnshire connections travelled and sent in exotic items such as a Canadian canoe and Peruvian pots. The Museum was established in 1860 and was housed in the High Street.

At the start of the Second World War, the collection, in the care of Nairn Literary Institute, was moved from the Public Hall when the army requisitioned the building. The local council acquired Viewfield House after the war. The Museum was then housed in four small rooms upstairs which are now used as storerooms. It was moved to the first floor rooms in 1985.

The exhibition rooms include the Fishertown Room, Military Room, Way of Life Room, Burgh Room and Work and Play Room. The Fishertown Room portrays the way of life of the people of Fishertown and their close-knit community, in which whole families supported the fishermen at sea by being involved with all the associated work of making and mending nets, digging for bait, gutting, smoking and salting the fish and providing knitted woollen sweaters known as gansies. The height of the fishing industry, which supported many families for generations, was in the late 19th century. This room explores the development of fishing and how the fisher folk spent their leisure hours. The collection on view was formerly housed in the Fishertown Museum until its amalgamation with the Viewfield collection in 2000. The Work and Play Room features the tradespeople of the area with photos and artefacts on display from several old shops and businesses. The early police force is also commemorated.

The Way of Life Room includes a school room with desks and slates from local schools, most of which are now closed, and at one end of the room is a display of Nairn’s agricultural heritage. The Military Room displays stories and  information on the Battle of Auldearn, Culloden and the Second World War. The Burgh Room tells the story of the Royal Burgh of Nairn and the characters who helped shape the town, including Dr Grigor. The museum also includes a children’s play area and a range of pick-up-and-touch exhibit and there are also disabled facilities available including a wheelchair and stair lift. 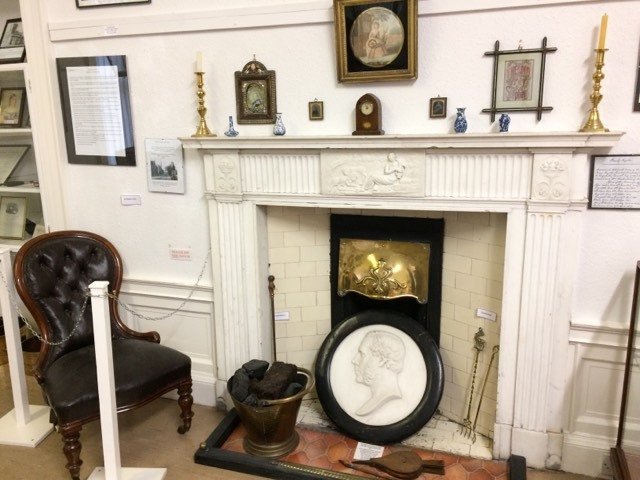 Within the museum is a huge collection of archive material available to study. There is also a Family History Room providing access to our extensive collections of census records, accounts of births, marriages and deaths, valuation rolls, and parish registers. The room can be accessed by visitors, local historians, family history researchers, professional genealogists, visiting academics, and amateur sleuths in Nairn and the surrounding areas. 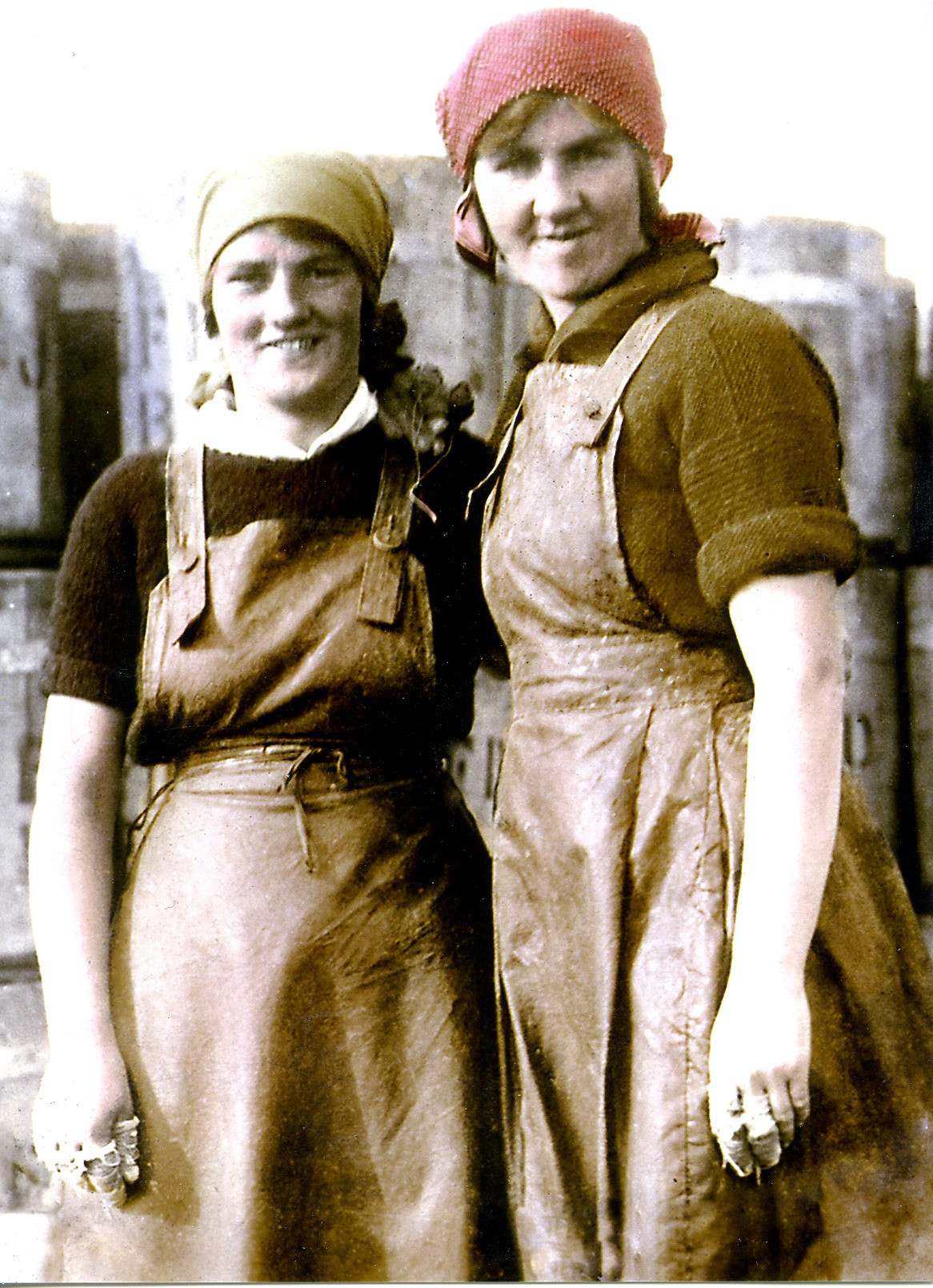 Each year there is a special programme of temporary exhibitions within our Library Room. Recent exhibitions have included A Woman’s Place: prominent women from the history of Nairn, Retail Therapy: shops and businesses in the old market town of Nairn, and this year we have a programme of exhibitions including 75 Years of the Rotary Club of Nairn, The Queen’s Jubilee: Royal Visits through the Years, and Isobel Gowdie, The Witch of Auldearn. 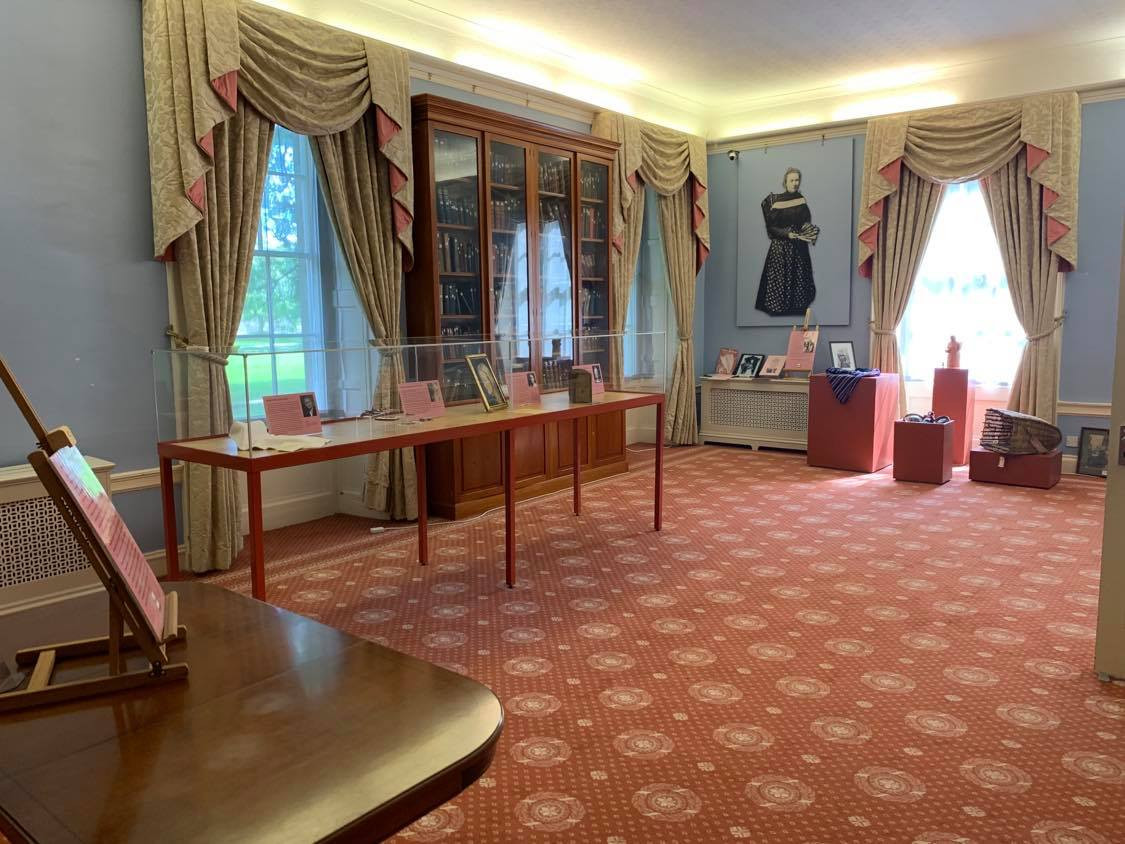 A Woman’s Place: Prominent Women from the History of Nairn exhibition (ran August to October 2020)

Events such as concerts, talks, school visits and storytelling take place each year. This year there will be a storytelling event during our Isobel Gowdie exhibition, a Halloween event and a Christmas concert. The museum is staffed by a Manager and a group of volunteers.

Want to hear the latest updates from the museum? Follow Nairn Museum on social media!

Discover the Spirit of Nairn: