To me the Spirit of the Highlands is a whispering wind that blows through the clàrsach and makes the strings sing, calling me home.

Kinkell Castle’s historic and contemporary links to the clàrsach inspired my composition. The name on early records for the castle was “Kinkell Clàrsach” and its historic link between the clàrsach and the castle formed the starting point to creating the music. When delving into this interesting topic my memories of playing the clàrsach at Kinkell for the then owner Gerald Laing (1936-2011) and my childhood experiences visiting Kinkell further guided the piece.

Gerald restored Kinkell Castle from a ruin to a home and the castle is now an artistic and architectural triumph. His beautifully restored castle and grounds became a haven for me as a child and my memories of playing in the gardens with Gerald’s sons, Titus and Clovis, are some of the happiest I have. During this time Gerald encouraged me to take up the clàrsach and he never missed an opportunity to ask me to perform, most notably for his medieval themed 70th birthday after only a month or two of clàrsach lessons.

Gerald was a world renowned artist and sculptor. One of his sculptures called The Clearances Monument erected near Helmsdale is a monument to The Highland Clearances and depicts a family being cleared from their homeland. A lot of Highland and Gaelic culture, including the music, was lost and outlawed following the inhuman events of the Clearances. The clàrsach is a Gaelic instrument and Gaelic music, tunes and culture were under attack during this period of history. My composition echoes Gaelic melodies that would traditionally have been played on the clàrsach or sung in and around Kinkell. In this way, my composition hopes to pay homage to the peoples of the Highlands and their language that were repressed in our not-too-distant past.

The clàrsach in Scotland has had a major revival since the time of the Clearances. Its renaissance is said to have begun at the 1931 Mòd in Dingwall, just 10 minutes drive away from Kinkell Castle. A notable figure in the continual revival of the clàrsach is Alison Kinnaird. Alison performed at the party celebrating the restoration of Kinkell Castle in the 1970’s and forms a strong strand in the history of the clàrsach and the castle. Clàrsach players today owe a lot to those who led the renaissance of Scotland’s oldest national instrument and I am very grateful to Alison, her predecessors and contemporaries for reviving the tradition.

The castle’s links to the clàrsach have long been known and this composition along with the accompanying film hopes to add a thread to the rich tapestry of Kinkell Castle’s history. This project helped me to discover what Gerald and the time at his wonderful castle has left me: wonderful memories, a quest for creativity and, of course, the clàrsach. 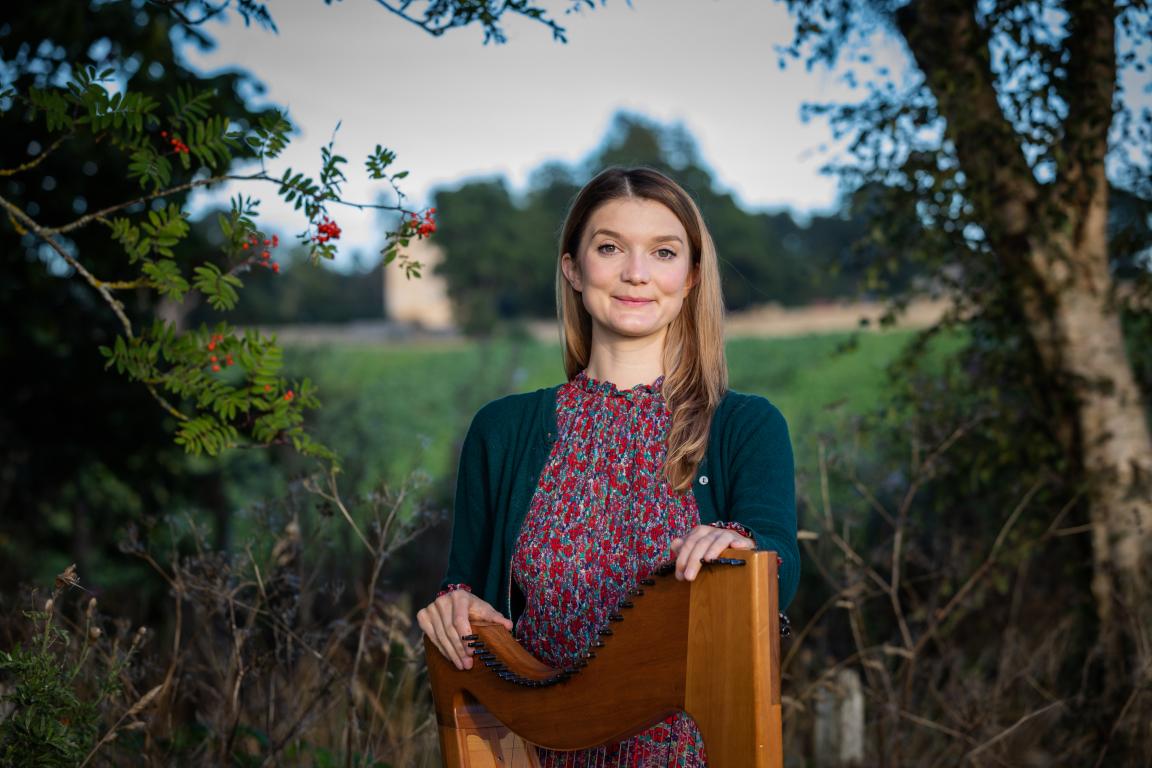 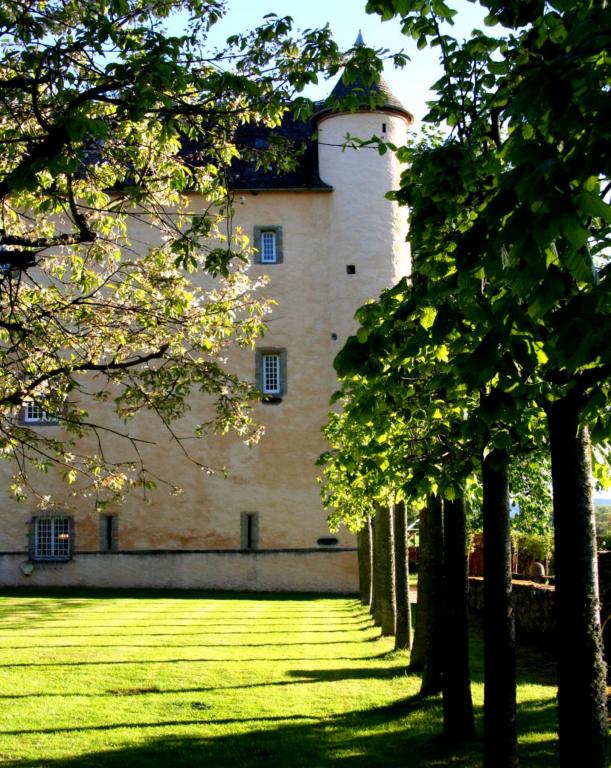