Despite its size, (almost the size of Belgium) the Highlands & Islands feels like a small community and its small population means that you’ll know folk from most corners of it

The cold waters of Loch Ness served as a memorable, yet tough playground. Even during the hottest of summers it felt like the icy waters stripped the top layer of skin from you. We were lucky, the small man-made harbour where we played in was a sheltered haven and served as a safe pool. The numerous small clinker fishing boats that moored there, each had its' own character, painted in dark colours and each with an orange metal disc hanging from its' bow with a unique number stating that it was licensed to fish.

These boats, and others, would journey from various communities around the Loch in search of the next big fish (a Salmon). One such community, the Foyers anglers used oral tradition to map the Loch. Tattieman’s, Skittery Rock, Pongo’s, Oolet’s Tree and Fish Indisposed Stone are places you'll not find on any map. Over generations, the names given to a particular place on the Loch served as a point of reference that the anglers would relate too when sharing their stories amongst one another. Places that have a unique point of view from the Loch's surface looking out to the world surrounding it.

More often than not, the names given would be obvious, but there are many whose origins are lost in time. With the decline of fish stocks, and the introduction of, ‘catch and release’ the number of boats on the Loch has fallen sharply. With that, these names will become less known and only used by a few, and possibly forgotten. With over 80 names listed, along with a changing way of life and attitudes towards angling, I felt it was important to record this and highlight the importance of oral tradition and a changing culture.

Rugged mountainous landscapes, ever changing shore lines and dark Lochs have been, and still are, an inspiration to many who live and work here. 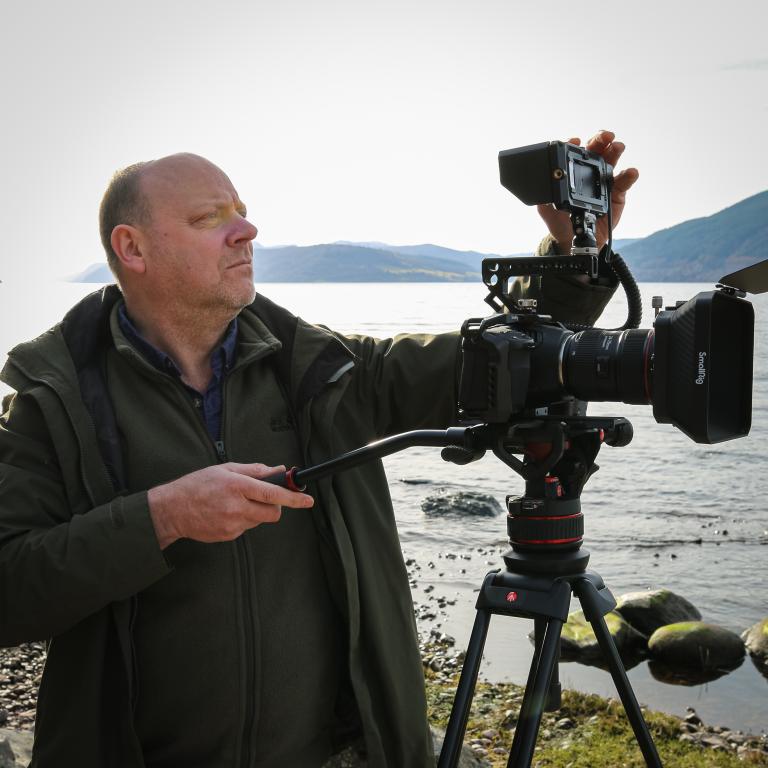