But now and then comes an hour when the silence is all but absolute and listening to it one slips out of time. Such a silence is not a mere negation of sound. It is like a new element, and the world is suspended there, and I in it.

I was inspired by a poem called ‘Tunes’ which suggests slowing down, being in nature and taking notice of the small things around us that we all too often take for granted in our special landscape.

All across the Highlands we see abandoned croft sites and townships, they go mostly unnoticed as we scurry past worrying about that email we forgot to send, such is the pace of life in the 21st century. I think it’s important to remember the often arduous way of life in which most Highlanders lived and reflect on the reasons why their way of life had to drastically change.

These old buildings left to ruin are a testament to the hardships these small communities faced and they deserve a closer look. Examine the gaps, admire the craftsmanship, imagine the pain of all the displaced families - their loss of identity.

I wonder how that loss has been carried through the generations?

Today, rural depopulation is still prevalent as the growing number of second home owners saturate the housing market. How will the identities of young people today be affected in the long term, having no choice but to leave the area that they grew up in? I watch with interest as our communities adapt to challenges, old and new and are brought closer together through adversity.

Slaggan: THE SPIRIT OF THE HIGHLANDS

My main focus for this project has been on the abandoned township of Slaggan that was cleared c1840. Thereafter nobody lived there until 1940 when another house was built, of which only the 2 gable ends still stand. The rumours are that it was burned down by the navy in 1942/3. That was the last time anybody has ever lived out there.

It's interesting to see the two different remnants of time in relation to rural depopulation and the continuation of it, for one reason or another. Also prevalent here is how nature has reclaimed the stone over centuries, by comparing the crofts and the gable ends of the house. 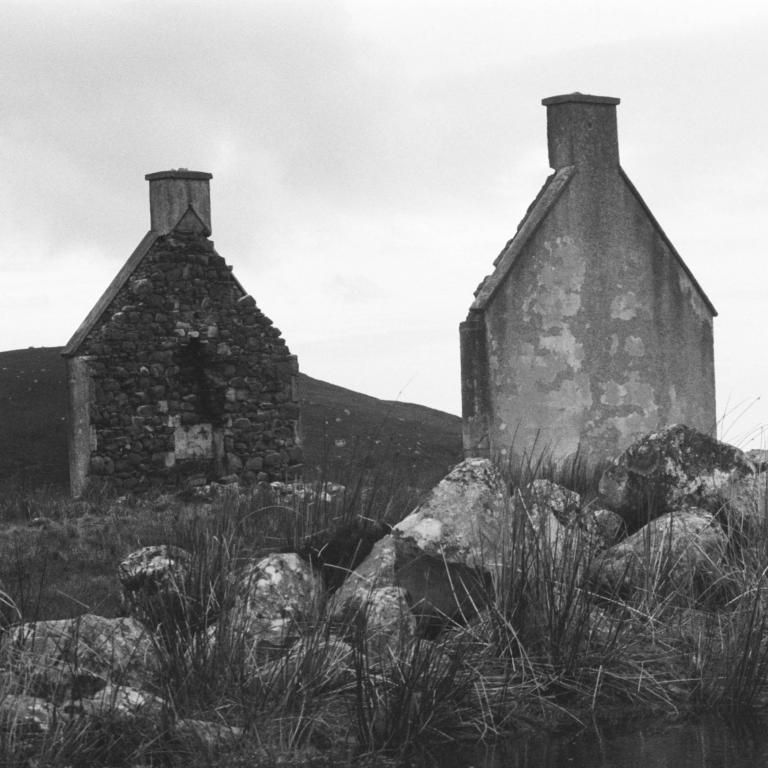